Being Self- Aware is a Superpower: Adit Agrawal 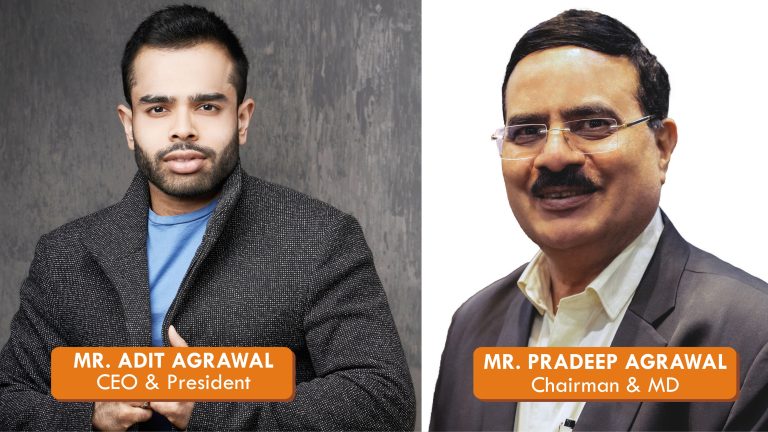 Meet the 25-year-old Founder of Alcoeats, and Alco Foods, Mr. Adit Agrawal. He is a true visionary and a “Gourmet Guru”. Here is the story of an entrepreneur who changed lives for better living.

Adit Agrawal believes that there is no driving way unless one is self-aware. He learned this through his journey at Flint in Michigan. The thirst to bring homemade healthy gourmet was so imperative that all he wanted was to endure what his heart said. His heart was reminded of a quote by Bethenny Frankel “Your diet is a bank account. Good food choices are good investments.” From here, there was no looking back! Alco Foods and Alcoeats ventured in.

Says our Chairman and Managing Director Mr. Pradeep Agrawal. Mr. Pradeep Agrawal holds the position of Chairman and Managing Director of Alco Foods Pvt Ltd and Lahari Laminates Pvt Ltd, Raipur. With more than 30 years of experience in the industry, he has served and is been serving many well-known companies in the State. His expertise lies in diverse sectors, from the Power and Steel Industry to Food and Decorative Laminates. He has an astonishing hold over diversified industrial sectors and played a Founding and Directorial role in about 12 big and mighty firms and headed it with all his magnanimous potential which he truly personifies! Many of his ventures are represented by the ROC (Registrar of Companies). To name a few of his past associations from Raipur are Veneers Pvt Ltd, Raipur Paper Mills Private Limited, Raipur Processing Company Private Limited, Bamleshwari Nivesh Pvt Ltd, Jai Lahari Finance Pvt Ltd, Shyambaba Finance Pvt Ltd, Whale Technology Private Limited, Secret Aura Private Limited, and Indo Lahari Bio-Power Limited.

Adit Agrawal states that from his father’s legacy of handling 12 corporates, he has learned that every second makes a difference.

A revolution in home cooking happened when Mr. Pradeep Agrawal and his son Adit Agrawal thought of a venture called Alco Foods.

Adit Agrawal is an Indian American businessman. He and his father together founded Alco Foods. Adit grew up under the mentorship of his dad, industrialist Mr.Pradeep Agrawal, who has over 30 years of experience in varied industries and his mother,Mrs. Nutan Agrawal. As a son, he had seen how rigorous hard work shapes the best of results. He grew up to be a bright and intelligent young man who holds a bachelor’s degree in Computer Science and Industrial Engineering. He completed his minors from Kettering University in Business, Entrepreneurship, and Statistics. Adit had always thought of doing something progressive for India.

The Idea that changed the course of Lifestyle

Adit Agrawal during his college time in 2013 in Flint, Michigan was obese. He lacked confidence and became an introvert. He wanted to change himself and got motivated to hit the gym, run and stick to healthy eating meals. He started losing his extra pounds. He soon ran out of options in Flint for Indian food. It was then the idea of changing the course of lifestyle emerged by starting Alco Foods.

In 2018 Adit Agrawal traveled back to his hometown Raipur, Chhattisgarh, India. He had his heart poured into his parents, Pradeep Agrawal and Nutan Agrawal. He wanted to collaborate with home masala and go-to gravy bowls and add more to cater to the world with Indian food. His vision was that nobody should ever miss ‘Ghar ka Swad’ (tasty home food). The idea in 2018 finally came to light on 16th January 2019 with Alco Foods.

The vision that changed millions of lives

Home-made masalas (a mixture of Indian masala) are a must in every Indian household. People staying abroad often find it difficult to get Indian taste masala. Adit Agrawal dreamed of having masala with a longer shelf life so that every Indian abroad and native uses it for a longer time. Alco Foods is said to cater to millions of customers across the globe.

How to create happiness with food without guilt with Adit Agrawal

Alco Foods came up with a collection of Masalas, Recipes, Gravy Bowls, and Shop by Diet. He was adamant about using the purest spices with no preservatives and artificial flavors. This aids in keeping the recipe fresh and rich.

Check with the masalas- Masala with zero calories, zero carbohydrates, and zero sodium, how can this be true? Alco Foods did it. The range of masala is getting wider with its unique ingredients, and farm fresh-picked ingredients make it rich in flavor.

He has an astonishing hold over diversified industrial sectors and played a Founding and Directorial role in about 12 big and mighty firms and headed it with all his magnanimous potential which he truly personifies!

The Bowl concept got noticed with the Jarred Sauces presented by Alco Foods. Whether it is Meat, Egg, Fish, Chicken or Vegetable, the easy pour gravy makes it a trouble-free affair. The exciting part does not end here! Gravy Packets come with utmost care of low calories, usage of natural ingredients, and keeping the authentic Indian taste.

The Cashew Nuts have a different story altogether. Who could have thought that cashew nuts can be flavored into such unique and exotic flavors and be healthy and nutritious at the same time! Alco Foods did it and remains the bestseller product of the year with varied flavors to offer.

Shop by Diet mode – In an interview when Adit Agrawal was asked about the idea of a shop by diet. He candidly replied, “As much as eating is the necessity of life, I believe, eating it smartly is an art.” Shop by diet is a lovable segment by all diet-conscious people. They are overwhelmed with the kind of assortment Alco Foods has offered.

The journey with Alcoeats began after Alco Foods flight has taken off.

Adit Agrawal went to Flint and was determined to do something for the people of America as well as the Indian residing there, for it is where his idea of Alco Foods originated. On a fine Sunday morning, he thought of starting a food distribution company called Alcoeats. He moved to Chicago with his plans and took on board his best friend Peter Moscone to create a new meaning for food in America. Alcoeats believes in providing tastier, healthier, and better food items to every pantry in America. Alcoeats is based on a similar compilation of Alco Foods that includes spices and seasonings, simmer sauces, coffee, and more.

The Certified FSSAI, (US certification) FDA-approved ventures are going places.

Natty Hatty is on its way

Alco Foods and Alcoeats going places and flourishing with its rich cuisines, Natty Hatty. Inc incorporated in USA in 2021 is a new Venture Capital of Mr. Adit Agrawal and Peter Moscone.The software will be able to handle all aspects of their operations ranging from registration, scheduling, automated reminders, invoicing, accounting and more and is all braced up to enter into a very new and exciting domain of sports and technology that would give you an adrenaline rush from the very date of its launch in July 2022. So be ready to Cheer Up for ! for this sports venture that will coach you in all the various arenas of sports right from equipping you with the latest and crafted sports utilities to make you stand “ON YOUR MARK” with a Pride, “GET SET” with all your Possessed Skills and “GO” for the Bestest to Achieve. Check the space on https://www.nattyhatty.com/

Adit Agrawal states that from his father’s legacy of handling 12 corporates, he has learned that every second makes a difference. Adit Agrawal has stepped into his father’s shoes and made a mark in the food industry and the world of sports technology. An inspiring story with a lesson to learn just got unfolded.

When employee estopped from working, no work, no pay principle not to apply: Delhi HC