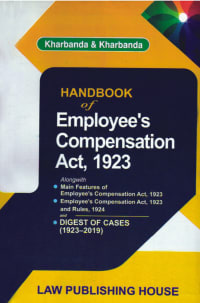 There are a number of books available which contain only the words of the legislation (Bare Acts) and also voluminous tomes which contain discussions of cases on those legislations (commentaries). However for a long time there has been felt a need for a book which strikes a balance between the two, i.e. which would be much smaller and more concise than the voluminous commentaries but at the same time would contain short write ups or summaries which could act as a guide regarding how Courts implement and interpret the words of the legislations. This book is an attempt to fill that gap, it is divided into three mainÂ parts :

The unique feature of this book is that in Part III it contains a Digest of Cases reported in all major labour law journals on the Employee’s Compensation Act, 1923 from 1923 onwards till 2019 (End). This unique feature is not available in any such book available in the market.

How Leaders Decide (Tackling Biases and Risks in Decision-making)

Effectiveness of virtual training for employees