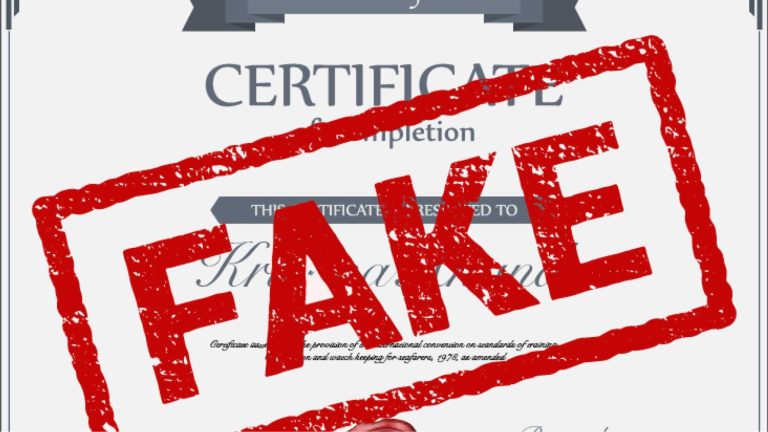 The Madras High Court on Thursday ordered compulsory retirement of an employee of Indira Gandhi Centre for Atomic Research who had gained employment by submitting a fake SC community certificate.

The court also directed that the employee shall be eligible for only 40% of the pension benefits and not eligible for any other terminal benefits, such as gratuity, DCRG and the like, excluding the PF contribution, if any made by the employee.

The Division bench of Justice S. Vaidyanathan and Justice Mohammed Shaffiq also observed that though the employee was appointed only under the Open Category and further promotions were based on the merit, the initial appointment itself was void ab initio when it was based on a fake certificate produced by the employee concealing certain facts.

In 1986, the Baba Atomic Research Centre (BARC) called applications for In-Plant training. The prescribed age limit for application was between 18 and 20 years of age with an upper age relaxation of 5 years for persons belonging to SC/ST community.

The first respondent who belonged to a Backward Community and was 24 year old at that time claimed reservation under SC community and submitted a fake community certificate.

Upon completion of training, the first respondent was appointed as Tradesman/C in BARC, Mumbai. Thereafter he was promoted to the post of Tradesman/D and was transferred on his own request to Indira Gandhi Centre for Atomic Research Centre, Kalpakkam.

Also Read: Conveyance allowance is not part of wages for ESI purpose: SC

While so, upon complaint by the General Secretary, SC/ST Association of Department of Atomic Energy an FIR was registered under Sections 420, 468, 471 of IPC on the charge of gaining Government Employment by submitting fake certificate and the first respondent was arrested and was placed under deemed suspension.

On verification, the District Vigilance Committee (Community Certificate Verification)found that the respondent actually belonged to Hindu Thuluva Vellalar which was listed as a Backward Community (BC). A charge memo was issued to which the respondent replied.

Subsequently, a representation was submitted by the 1st respondent dated 31.05.2013 by seeking to defer the departmental action till the final disposal of Criminal Case which was rejected by the petitioner herein. This rejection was challenged in the Central Administrative Tribunal which held that the disciplinary proceedings ought to be got in abeyance until a finality is reached in the criminal proceedings. The present writ petition was filed challenging this order.

wherein it was observed that departmental proceedings can be continued.

The petitioner further submitted that the tribunal failed to consider the decision of Supreme Court in State of Odisha vs. Sulekh Chandra (2022) where it was clearly held that appointment made in contravention of the statutory proceedings are void ab initio.

The court observed that there was a delay on the part of the department as the order of the Tribunal was challenged after a period of 7 years. However, the respondent could not be allowed to take the benefit of such technicality. The court observed –

“The mistake committed by the Department cannot be taken advantage of by the Applicant and he cannot be let off scot-free on technicalities, as moral value will have to prevail over legal values and it is adjudged based on moral values, as held by the Supreme Court that it must be remembered that we are living in a democratic society governed by the Rule of Law and every Government, which claims to be inspired by ethical or moral values must do what is fair and just,regardless of legal technicalities. Further, in the absence of society with moral values, there would be no social order.”

The court further observed that the initial appointment of the respondent is itself void ab initio as he could not have even applied for employment if not for the relaxation of 5 years that he sought through the SC Certificate.