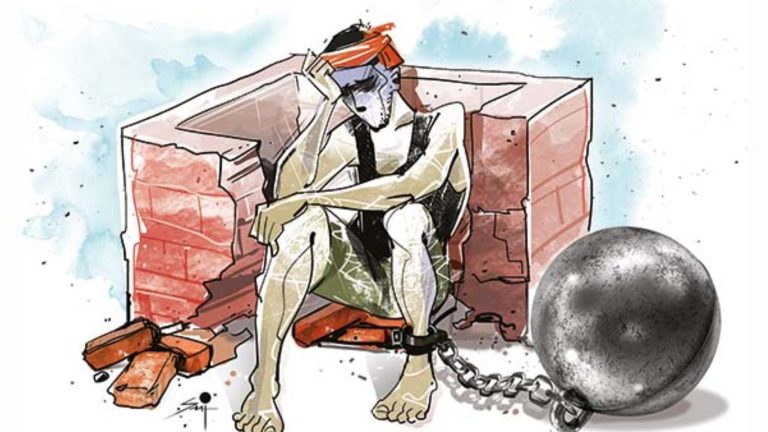 MADURAI: The Madurai Bench of Madras High Court on Friday issued notice to the State government on a Public Interest Litigation (PIL) filed seeking payment of interim relief amount and ‘release certificates’ to 33 bonded labourers rescued from a paper mill at Virudhunagar in 2020.

The litigant, M Arokiasamy Britto, is the convener of a ‘Shout For Freedom’, an alliance of several non-profit organisations that work towards combating child labour, bonded labour and other forms of human trafficking in Tamil Nadu. “I along with Virudhunagar revenue officials and District Legal Services Authority officers, rescued 22 men, nine women and two children from bonded labour at a paper company in Sivakasi in December 2020. The labourers were sent back to their home state, Chhattisgarh,” he submitted.

“As per the Bonded Labour System (Abolition) Act 1976, and the Central Sector Scheme for Rehabilitation of Bonded Labourers, 2016, the government must issue a ‘release certificate’ and an interim compensation of Rs 20,000 to the labourers within 24 hours of their rescue. However, the victims have not yet received both,” Britto said in his PIL petition. A Bench of Justices Paresh Upadhyay and R Vijayakumar adjourned the case to April 18 after issuing notice to the Labour Department and Virudhunagar Collector.

More blue-collar jobs up for grabs as economy opens up