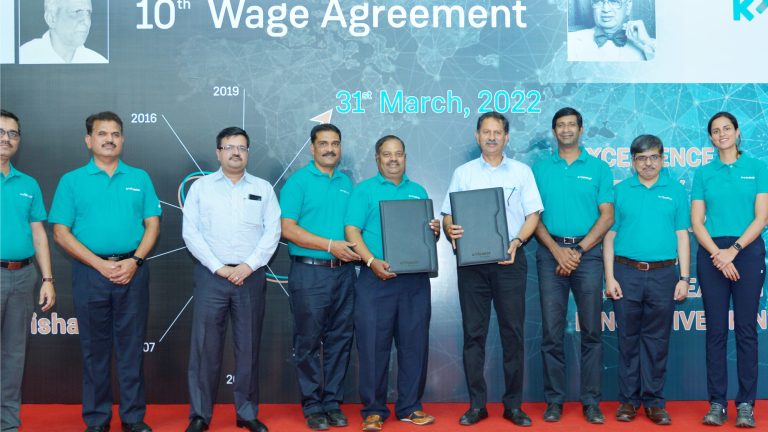 Kirloskar Oil Engines had earlier entered the “Limca Book of Records” in 2016 when it had signed the 6th consecutive wage agreement, making it the first manufacturing company to do so.

The current 10th agreement further testifies to the harmonious human & industrial relationship the company has with its union and team members. Kirloskar Oil Engines has been signing this wage agreement a day before the previous agreement ends since 1995. The company also holds the distinction of having never lost a single “man day” over the past 64 years on account of any labour unrest. The company’s management and its union ‘Rashtriya Engineering Shramik Sangh’ have been equal partners in this achievement.

Focused leadership, committed and dedicated employees, along with the company’s values of excellence, integrity, collaboration, empathy, value creation & innovative thinking makes Kirloskar Oil Engines Limited one of the leading Indian companies to compete in India as well as in the overseas markets.

Speaking on the occasion Mr. Atul Kirloskar, Executive Chairman, Kirloskar Oil Engines said “Today as I stand before you, I go down memory lane when I joined this company and started my career on the shop floor in our research and engineering department. I vividly remember my interactions with our union leader, the late Shri Babuji Tiwari and I am glad that the DNA he introduced into the company culture still continues today.

I am very thankful to our union for their continuous support and harmonious relationship with the management. At Kirloskar Oil Engines, we have a passion for excellence and innovation and it is our mission to continuously strive & set higher standards in everything we manufacture. Our team members have always been supportive pillars to help improve the quality of our products and productivity on the shop floor. We will, together, relentlessly endeavour to raise the bar in our journey towards excellence.”