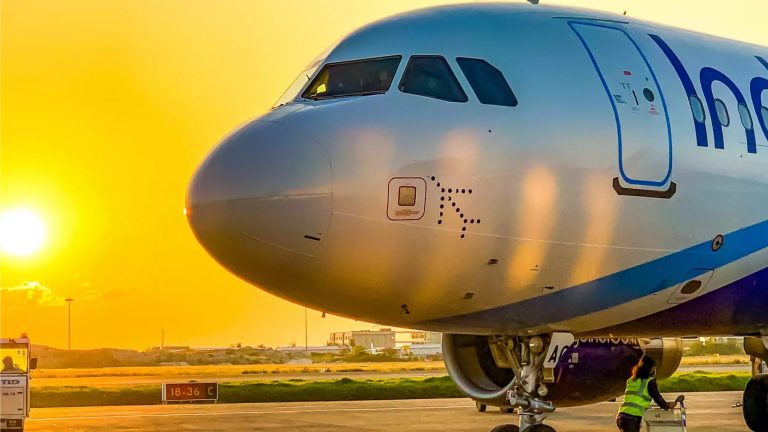 (PTI) : Airline carrier IndiGo on Monday, April 4, suspended a few pilots who were planning to organise a strike on Tuesday, April 5, to protest against the pay cuts that were implemented during the peak of the COVID-19 pandemic. According to reports, around 12 pilots have been suspended.

IndiGo has confirmed the suspension of some pilots. “We confirm that a handful of IndiGo pilots have been suspended from duty for indulging in activities that are in contravention to the terms of their employment and in violation of the code of conduct of the company,” an IndiGo spokesperson said.

During the peak of the pandemic, India’s largest airline had cut the salaries of its pilots by as much as 30%. On April 1, the airline announced its decision to increase the salaries of pilots by 8%. It said that another hike of 6.5%will be implemented from November onwards in case there are no disruptions.

However, a section of pilots remained unsatisfied and decided to organise a strike, sources said. Therefore, a few of them were suspended by the airline, they added.

The airlines had cut salaries during the COVID-19 pandemic when flights were cancelled across the country. As India started opening up and regular air traffic resumed, IndiGo announced a hike. However, the preceding pay cut was at 28%, thereby, a difference still exists between pre and post-COVID-19 pay scales.

Holistic healthcare is the future of employee benefits: says Plum