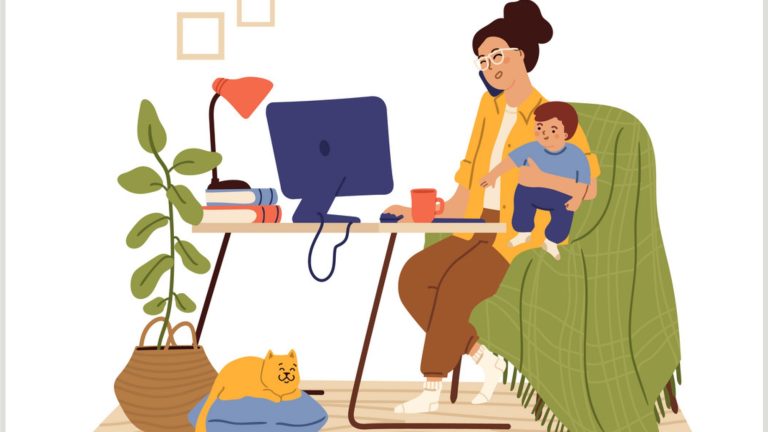 The Karnataka High Court in the case of Mrs. Prachi Sen vs. Ministry Of Defence writ petition NO.22979 OF 2021 decided on 3rd March 2022 has reiterated that maternity benefits such as allowing an employee to work from home, under section 5 (5) of the Maternity Benefit (Amendment) Act 2017, could be given only in case where the nature of work assigned to the women is such that it is possible for her to work from home.

A single judge bench of Justice R Devdas while refusing relief to an employee working with Semi-Conductor Technology and Applied Research Centre observed, “Though reference is made to Section 5(5) of the Act, 1961, it is evident from the said provision that maternity benefits such as work from home after availing the maternity benefit could be given only in case where the nature of work assigned to the women is such that it is possible for her to work from home.

Further it said, “In this regard, a specific decision is taken by the Organisation in its meeting held along with its employees on 31.03.2018, that the premises of the Organisation is sensitive and involved with risk due to usage of chemicals and toxic gases. The employees working with the Organisation are involved in research work which is both sensitive as well as complicated. Sensitive, in the nature of the work done, in the sense that the research is for the benefit of the Government of India which uses the facility in the defence fields and the research work will not be divulged to the public. This itself would prove that the nature of work assigned to the petitioner cannot be carried on from home.”

The court found that the petitioner has not been able to point out to any specific provision of law or rules that would mandate the fourth respondent Organisation, to grant child care leave facility as is available to the Central Government employees.

As regards the impugned communications issued by the Organisation to the petitioner, wherein she is warned about unauthorised absence and the consequence of willful disobedience, the Court said that the respondent-Organization is required to have a sympathetic view towards the petitioner, especially keeping in view serious waves of COVID-19 pandemic,.

Contract employee is entitled to maternity benefit even after her period ends: Delhi HC

The acquittal in criminal case is no restraint for disciplinary proceedings: SC