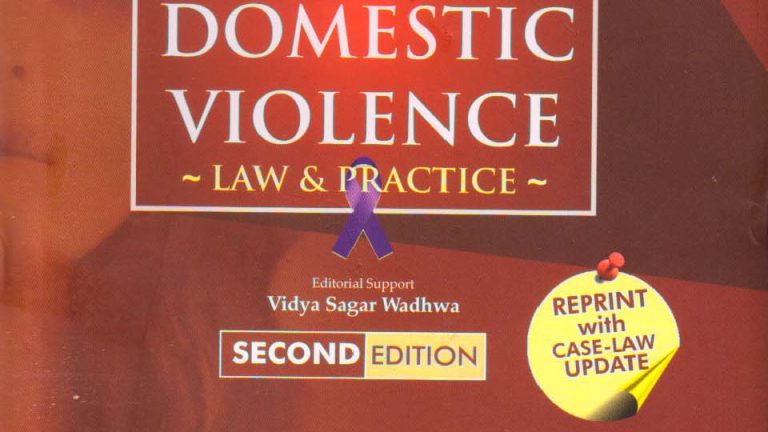 Domestic violence is undoubtedly a human rights issue and serious deterrent to development. The Protection of women from domestic violence Act 2005 is a legislation to provide for more effective protection of the rights of women guaranteed under the Constitution who are victims of violence of any kind occurring within the family and for matters connected therewith or incidental thereto, which means there were some measures : legislative executive or otherwise, to protect women’s rights but they were not so effective as expected. A lot of case law of the High Courts and the Supreme Court has developed in a short span of time on the subject.

An analytical and exhaustive treatise on the Protection of Women from Domestic Violence, Act, 2005 & analogous laws along with Rules and allied laws is best one to read. The book under review is updated reprint second edition, authored by Rajat Baijal. Case-Law reported in this updated edition is up to Aug. 2021. Over 2000 cases are referred to in the commentary. The Act in hand being of recent origin a number of law points not covered by decided cases have been explained by the author with the help of analogous laws. A separate Chapter on Section 498A, Indian Penal Code, 1860, dealing with cruelty to women by husband and his relatives, decided by the Supreme Court of India. Allied Act, Rules and extracts from relevant Acts are also given. Conflict between cases decided by various High Courts has been specially pointed out. A veritable commentary which will be found useful not only by Advocates & Courts dealing with cases on the subject but also by the litigants as “aggrieved persons” and “respondents”.