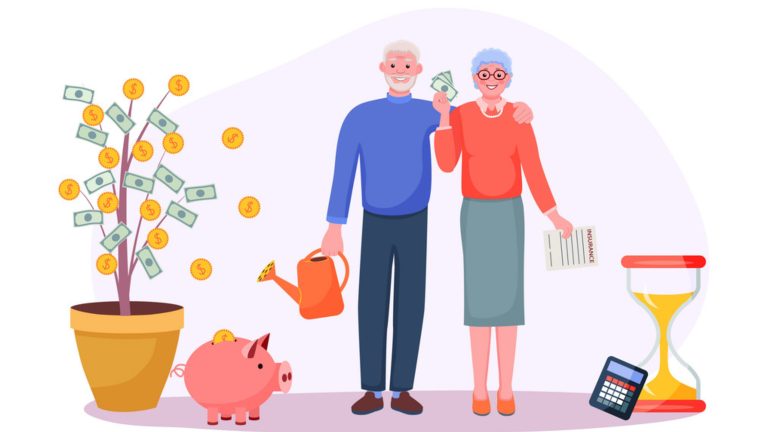 The Bombay High Court has held that once an employee accepts retirement benefits, the right to withdraw Voluntary Retirement Scheme application gets lost according to a report published in latestlaws.com

The Division Bench of Justice A.S. Chandurkar and Justice G.A. Sanap observed that if an employee is enjoying the benefits of retirement, it disentitle the employee from the relief of reinstatement with continuity of service.

The petitioner herein was serving as an ‘Assistant Manager’ with Corporation Bank which has now merged with Union Bank of India. He had challenged the communication on behalf of Bank that his services were relieved on 14.09.2017 under the Voluntary Retirement Scheme and in accordance with the Pension Regulations, 1995.

The employee has prayed for acceptance of his applications dated 13.09.2017 and 12.03.2020 and permission to withdraw his notice of resignation/ voluntary retirement. He has further prayed for his reinstatement in service with continuity and full back wages.

After assessing the facts of the case and assessment of the material in record, the Court outlined three question for it to settle.

Answering the first, the Court at the outset noted that it is not disputed that on 13.09.2017 which was a day before the date when the petitioner was to voluntarily retire from service he made a request to withdraw his proposal for voluntary retirement. Regarding consideration of the request for withdrawing the notice of voluntary retirement given by the petitioner prior to the date on which he was to voluntarily retire from the service, the Court mentioned that legal position is settled in:

“Considering the provisions of the Pension Regulations and especially Clause 29(4) thereof coupled with the legal position referred to herein above, it is held that it was open for the petitioner to make a request for withdrawing his notice of voluntary retirement prior to the intended date of retirement, notwithstanding the fact that such request was accepted by the Bank.”

Moving to the second question, the Court noted that the Bank has failed to consider the request made by the petitioner for withdrawing his notice of voluntary retirement before the intended date of retirement.

The Court referred to Balram Gupta vs. Union of India & ANR, 1987 Latest Caselaw 234 SC wherein while considering the validity of Rule 48(4) of the Central Civil Services (Pension) Rules, 1972 which is somewhat similar to Regulation 29(4) it was held that the approving authority must act reasonably and rationally while considering the request for withdrawing the notice of voluntary retirement. Approval is not the ipse dixit of the approving authority.

The appointing authority is required to give good and valid reasons for not granting approval to the withdrawal of notice of retirement.

“In the present case, the Appointing Authority has failed to consider the request of the petitioner for withdrawing the notice of voluntary retirement though it was open for it to refuse such request for good and valid reasons. The petitioner cannot be prejudiced for the failure of the Appointing Authority to consider his request for withdrawing his notice of voluntary retirement. This aspect enures to the benefit of the petitioner and the second question is answered accordingly.”

Deciding on the third question, the Court noted that that the petitioner had sought commutation of his pension and is presently receiving monthly pension of Rs.38,450/-. He has received gratuity amount of Rs.10,00,000/- and deduction of Rs.1,73,516.44 has been directed to be repaid to the petitioner and his provident fund dues are also sought to be settled.

The Court referred to Punjab National Bank vs. Virender Kumar Goel & Ors, 2004 Latest Caselaw 36 SC wherein it was observed that the employee having accepted the benefit under the scheme by withdrawing the amounts deposited and utilizing the same, he would not be permitted to approbate and reprobate.

The Court added that for a period of more than three years the petitioner has received and is receiving his retirement benefits despite which he has sought to challenge the non-consideration of his request to withdraw his application seeking permission to voluntarily retire from service.

It ruled that the petitioner’s conduct of receiving various service benefits from 14.09.2017 dis-entitle him to the relief of reinstatement with continuity of service as prayed by him.