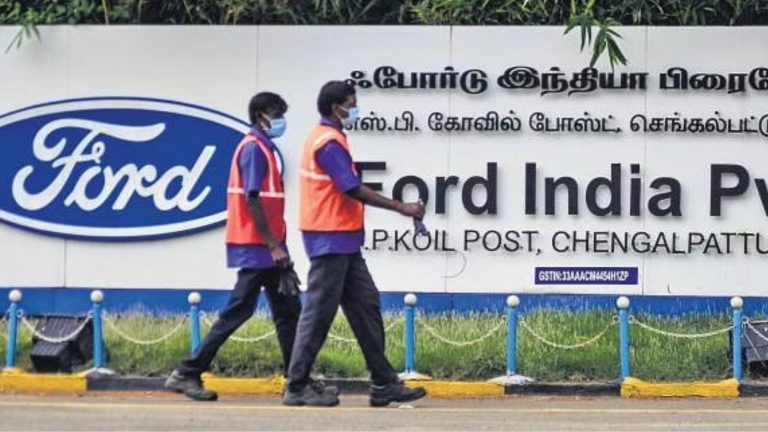 (IANS) About 1,100 workers have resumed work at the Ford India Private Ltd’s Maraimalainagar plant near here even though an agreement between the workers’ union and the management on severance package has not been reached, sources said.

He said a tripartite meeting – workers union representatives, management officials and the officials of Tamil Nadu Labour Department- is slated on Monday.

At the previous meetings, the Labour Department officials had said the issue is between Ford India and its workers union and they have to talk and come to a solution.

Ford India has about 2,600 workers at its plant near here. About 400 workers are protesting outside the plant gates, about 1,000 workers are at home, the sources said.

The company management has said it is willing to talk with the workers union after they call off their protest and resume duty.

“Depending on the worker’s experience, the number of days per year for working out the compensation may vary upwards of 102 days,” the official said.

However, the Ford India workers citing another car maker’s compensation scheme, are demanding about 135 days of salary for every completed year of service, in addition to taking care of the income tax burden.

“The company had earlier announced that it would close down the factory at the end of June and it has not extended that date. There is also the risk of the company shutting down the plant and paying the compensation amount as mentioned in the law “15 days salary for every completed year of service. Those who have put in long years of service may rejoin work,” one worker told IANS, requesting anonymity.