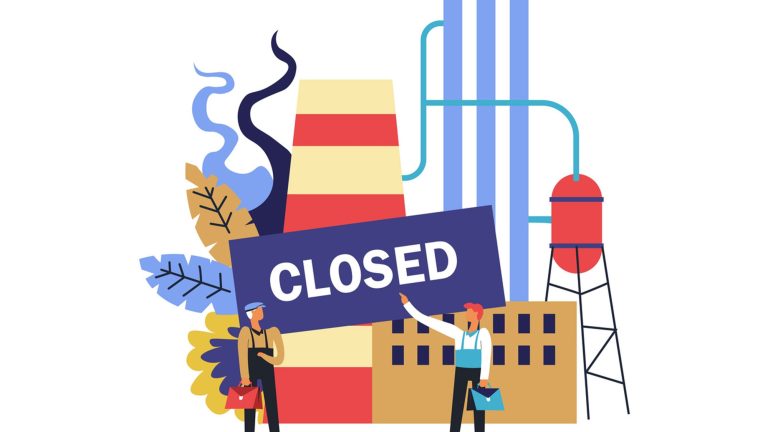 BENGALURU:31 March 2022 : With Covid hurting the economy over the past two years, Karnataka saw 754 factories downing the shutters leaving more than 46,500 employees without a job or financial relief or alternative employment from the government.

As per data tabled in the legislative council on Tuesday, the year 2020 was the worst for small-scale industries with 562 units closing down, followed by 192 in 2021. As a result, the small-scale industries’ contribution to the state’s economy reduced from 21% in 2019-20 to 19.4% in 2020-21. Small-scale industries minister MTB Nagaraj said the government currently does not have any scheme under which assistance could be extended to employees who have lost their jobs.

MTB Nagaraj was replying to Congress member UB Venkatesh’s question in the council. “A total of 46,585 employees have lost their jobs in 2020 and 2021 in Karnataka due to closure of factories, of which more than 31,000 lost jobs in 2020. In the two years, more than 92,000 jobs have been created,” Nagaraj said.

He said industries must find ways to restart production and added there are no schemes to provide alternative skill-based employment to jobless workers. With revival of industrial activities since last year, factory workers who had gone back to their villages are slowly coming back, he added.

Nagaraj said closure of industries is not uncommon even among large enterprises, citing the example of Indian Telephones Industries, which shut operations when it had 26,000 employees, “including me”, on the rolls. “When a factory is closed, statutory benefits like closure compensation, gratuity and salary dues are paid,” he said.

On February 22, labour minister Shivaram Hebbar had informed the assembly that 1,258 enterprises had shut shop in the past three years.

40% of consumers in India stopped doing business with a company known to have compromised on cybersecurity: Study

Avtar Sets on a Mission to transform 1,00,000 companies to Equitable Workspaces