55% women did not file complaint against sexual harassment: WICCI Council of Ethics Survey

The second edition of the Annual Review on the State of Sexual Harassment in India published by the WICCI Council of Ethics, in collaboration with the Eight Goals One Foundation (8one), highlights the findings of the surveys conducted in the formal and the informal sectors to understand the status of the application of The Sexual Harassment of Women at Workplace (Prevention, Prohibition and Redressal) Act, 2013 (PoSH Act).

The 2021 edition of the review focuses on the digitisation of formal sector workspaces and the metamorphosis of workplace sexual harassment in light of the same. In addition to this, this year, the review has also taken into its fold the informal sector which employs close to 93% of the total workforce (as of 2021), said Rishika Sharma, National President, WICCI Council of Ethics.

Some of the findings from this year’s Review are:

Form 16 is a reliable to determine the real income of the deceased employee: Bombay High Court 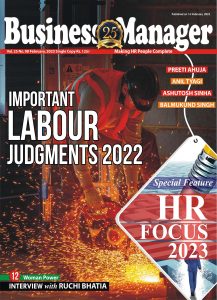