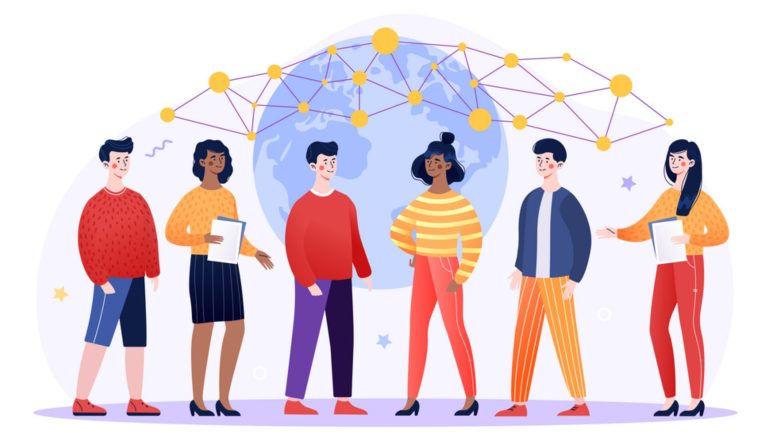 FacebookTwitterPinterestLinkedIn
The struggle of the LGBTQ+ community can be compared to that of women's equality notion that is still in progress. The women were not given preference for their contribution in the corporate world and patriarchal ideologies kept the deserving ones locked in homes. It took a lot of effort and time to bring them to a similar table as the males. So the question is how long and formidable the journey would be for the LGBTQ+ with additional needs to abolish social injustice such as homophobia and transphobia.

Pride month just got over and organizations went about displaying their rainbow-coloured logos to show their support for the LGBTQ+ community. The month of June commemorates the struggle of the people from this community for their equal rights as well as achievements and recognition they are getting in society. Even if society has come a long way in terms of accepting them, for the LGBTQ community to get equal rights is still full of challenges and roadblocks.

This fight can be compared to that of the women standing up for their rights. For a long period, corporate diversity and inclusion efforts are only seen as related to increasing participation of women in the workforce. Organizations took a long time to recognize women’s participation and rights to career growth. According to the Gender Inequality Report (2022) by Gender Inequality Lab, women earn 34% of the global labor income which was 30% in 1990 and which should be 50% in an equal world.  Still a long way to go!

Corporates are now understanding that gender equality, inclusion, and diversity do not mean only hiring more talent from the LGBTQ+ segment. It also encompasses addressing the inequalities they face and providing equal opportunities to grow and thriveat the workplace.

Also read: Security is a Top IT Challenge to Support Hybrid Work in Asia/Pacific: IDC

LGBTQ+: From the past to the current scenario

LGBTQ+ has been a part of Indian heritage from ancient times. Many old scriptures depict homosexuals and transgenders as an important part of the Indian culture. However, While the British ruled India, they introduced section 377 in 1861 that criminalized and punished the individuals who perform sexual activities against the ‘order of nature’.This continued long after India got independence.

People caught in such acts were brutally punished and were shunned from society. Even until the past decade, transgender for instance were not given the position of a third gender or given a proper job in the corporate world. It has been only recently that transgender as a third gender has started gaining the position that it deserves. Despite such chances, the life of the LGBTQ community is a constant battle for equality and rights that they deserve. They have to fight at various levels to have access to opportunities and even basic necessities.

People from the LGBTQ+ community fought a long battle with the government to finally decriminalize it in 2018 under the verdict of the Supreme Court. But legalization has not turned out to be a complete acceptance as same-sex marriage is still not legal in India. However, in April 2022, a bill was introduced in Lok Sabha under the special marriage act to provide the same rights to homosexual couples as the opposite-sex couples. If passed, this act can turn out to be a ray of hope for the community. If we talk about the employment scenario, equality even now seems to be a far-fetched dream.

Devising Solutions as a Society

The struggle of the LGBTQ+ community can be compared to that of women’s equality notion that is still in progress. The women were not given preference for their contribution in the corporate world and patriarchal ideologies have kept many deserving ones locked in homes. It is taking a lot of effort and time to bring them to a similar table as the males, and the journey is still on. So the question is how long and formidable the journey would it be for the LGBTQ+ community to gain equal status in the society given the social bias such as homophobia and transphobia that this community faces.

As a society, everyone including families, organizations, and educational institutes has a significant role in accepting the group as part of the community. The process should start from home where families need to provide a gender-neutral environment and equal opportunity to study. Moving on to the educational institutions, they need to sensitize students around the challenges LGBTQ+ community members face which will help reduce bullying of LGBTQ+ students in schools and colleges.

Organizations have a significant role in bridging the gap between the genders by adopting an inclusive approach when it comes to its culture, itsprocesses and practices. They have the resources and avenues to create more awareness not just within the organization but also in the society at large. Companies should devise comprehensive action plans to ensure the safety of LGBTQ+ employees not just in terms of infrastructure but also sensitization and provide them with equal opportunities for career growth rather than just sympathizing with them.

Currently, organizations have started being open about onboarding talent from the LGBTQ+ community. We now have transgenders securing prominent employment opportunities in the world of law, fashion, etc. According to the Corporate Equality Index (CEI), 767 companies in the country achieved a top score in creating LGBTQ inclusive work policies in the past one year. For example, in 2020, Noida Metro Rail Corporation (NMRC) dedicated sector 50 metro station as Pride station and hired 6 transgenders as their employees.

Unity in diversity has always been a motto of our country but there is still a long journey ahead for the LGBTQ+ community to cover. Providing equal job opportunities is essential. It is also imperative that corporates adopt LGBTQ+ inclusive policies to devise a concrete solution.  Freedom of expression must be used to communicate the issues and neutral strategies must be put in place to facilitate their acceptance and recognition. The road might seem challenging but this fight for equality for the LGBTQ community needs to be navigated with the support of each one of us.

Beyond rituals of Women International Day