How not to be a sucker 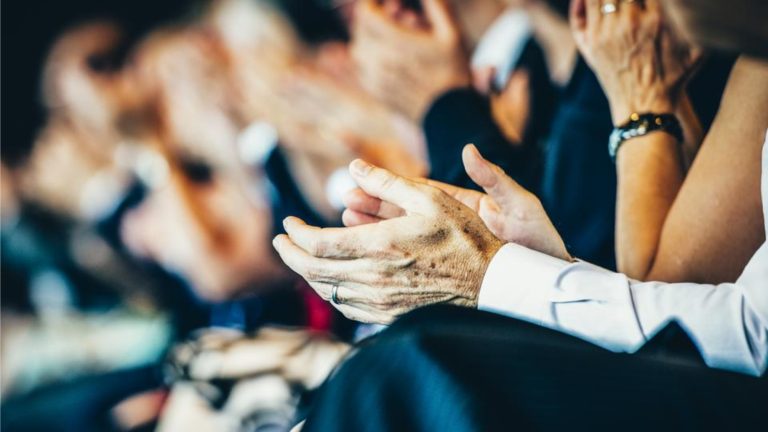 FacebookTwitterPinterestLinkedIn
Going a step further and consider inductions most worrisome aspect learning backward. Consider the turkey's experience may have rather than no value, a negative value. It learned from observations, as we are all advised to do' hey, after all, this is what is believed to be the scientific method. Its confidence increased as the number of friendly feedings grew, and it felt increasingly safe even through the slaughter was more and imminent.

Imagine someone of authority, rank, operating in a place where rank matters’ government agency or a large corporation. He could be a verbose political commentator on known media channels, stuck in front of you at the health club- impossible to avoid looking at the screen, the chairman of a company discussing the bright future ahead, a platonic medical doctor who has categorically ruled out the utility of mother’s milk- as he does not find anything special in it or a Harvard Business School professor who simply does not laugh at your jokes. He takes what he knows a little too seriously.

Say that a prankster surprises him one day by surreptitiously sliding a thin feather up his nose during moment of relaxation. How would his dignified pompousness fare after the surprise? Contrast his authoritarian demeanour with the shock if being hit by something totally unexpected that he simply does not understand. For a brief moment, he regains his bearings; you will see disarray in his face.

Let me confess having developed an incorrigible taste for these kinds of pranks during my first sleep away camp. Introduce into the nostril of a sleeping camper, a feather would induce sudden panic. I spent part of my childhood practicing variations of this prank: in place of thin feather you can roll the corner of a tissue to make it long, narrow, pointed. I got some practice with my younger sibling. An equally effective prank would be to drop an ice cube down someone’s collar when he expects it least- during an official dinner.’

I had to stop these pranks when I got deeper into adulthood, of course, but I am often involuntarily hit with such an image ‘when bored out of my wits in meetings with serious looking business persons of dark suits and standardized minds, theorising, explaining things, or talking about random events with plenty of because’ in their conversations.

I zoom in on one of them and imagine the ice cube sliding down his back- it would be less fashionable, through certainly more spectacular, if you put a living mouse there, particularly, if the person is ticklish, and is wearing a tie, which would block the rodent’s normal behaviour to exit.

Pranks can be compassionate. I reminisce in my early sales days, at 22, when money was starting to become easy’ I would take cabs, and if the driver spoke skeletal English, looked particularly depressed, I’d give him a Rs 100 as tip, just to give him a little jolt at it with some degree of consternation- no doubt INR 1,000, would be better, but it was beyond my means.’ It was also a simple hedonic experiment: it felt elevating to make someone’s day with a trifle of INR 100.’ I eventually stopped; we all become stingy and calculating when our wealth grows and we start taking money seriously.

In fact the entire knowledge seeking enterprise is based on taking conventional wisdom and accepted scientific beliefs, and shattering them into pieces of counterintuitive evidence. Scientists may be in the business of laughing at their predecessors, but owing to an array of human mental dispositions, few realize that someone will laugh at their beliefs in the near future. Big guns do not see the inevitable overhaul of their work coming, which means that you can usually count on them to be in for a surprise.

Bertrand Russell presents a particularly toxic variant of his illustration of what people in his line of business call the Problem of Induction or Problem of Inductive Knowldge-captalized for its seriousness and certainly the mother of all problems in life.’

There are traps built into any kind of knowledge gained from observation. Consider a turkey that is fed every day. Every single feeding firms up more the bird’s belief that it’s the general rule of life to be fed every day by friendly members of the human race looking out for its best interests as a politician would say. On the afternoon of Wednesday before Thanks Giving, something unexpected will happen to the turkey, where it will incur a revision of belief.

Ponder : How can we know he future, given the knowledge of the past; or more generally, how can we figure out the proprieties of the infinite  unknown, based on finite, known.

Think of feeding again: what can a turkey lean about what is in store for it tomorrow from the events of yesterday? A lot, perhaps, but certainly a little less than it thinks, and it’s just that little less, that will make all the difference.

Turkey problem can be generalised to any situation where the same hand that feeds you can be the one that wrings your neck. Consider of how population of Lebanon, India, got lulled into a false sense of security by the appearance of mutual friendliness and tolerance- Hindi Chini Bhai Bhai.

Going a step further and consider induction’s most worrisome aspect: learning backward. Consider the turkey’s experience may have rather than no value, a negative value. It learned from observations, as we are all advised to do’ hey, after all, this is what is believed to be the scientific method. Its confidence increased as the number of friendly feedings grew, and it felt increasingly safe even through the slaughter was more and imminent.

Consider the feeling of safety reached its maximum when the risk was at the highest! But the problem is even more general than that; it strikes at the nature of empirical knowledge itself. Something has worked in the past, until- well, it unexpectedly no longer does, and what we have learned from the past turns out to at best irrelevant, false, and at worst viciously misleading.

We derive solely from the past data a few conclusions, concerning the properties of the patterns with projections for the next thousand, even 5 thousand days. On the 1,001 day- boom! A big change takes place, that is completely unprepared for by the past. Covid 19 being an apt example  a perfect, immediate game changer creating a new normal.

Note that after the event you start predicting the possibility of other outliers happening locally, that is, in the process you were just surprised by, but not elsewhere. After the stock market crash of 1987, half of America’s traders braced for another one every October- not taking into account that there was no antecedent for the first one. We worry too late  ex post.

Mistaking a naive observation of the past as something definitive or representative of the future is the one and only cause of our inability to understand the highly improbable.

Remember those who believe in the unconditional benefits of the vast experience should consider this pearl of wisdom allegedly voiced by a ship captain.

“But in all my experience, I have never been in an accident or any sort worth speaking about. I have seen but one vessel in all my years at sea. I never saw a wreck and never had been wrecked nor was I ever in any predicament that threatened to end in disaster of any sort”. E J Smith | Captain | RMS Titanic

When his ship sank in 1912 it became the most talked ship wreck of history. Statements like those of Captain Smith are so common yet aren’t even funny to think. In September 2006, a fund called Amaranth, ironically named after a flower that never dies, had to shut down after it lost close to $6 billion in a few days- the most impressive loss in trading history.

At this time due to financial stress, I shared my office cabin with the traders and a few days prior to the event, the company made a statement to effect that investors should not worry as they had 12 risk managers  people who use models of the past to produce risk measures on the odds of such no meaningful difference; they still would have blown up.

Clearly, you cannot manufacture more information than the past can deliver; if you buy 100 copies of Economic Times, I am not too certain that it would help you gain incremental knowledge of the future. We just don’t know how much information there is in the past.

Trained to be dull

Similarly, think of a bank chairman whose institution makes steady profits over a long time, only to lose everything in a single reversal of fortune. Traditionally bankers of the lending variety have been pear shaped, clean shaven, dress, in probably the most comforting, boring manner-in dark suits, white shirts, red ties. Indeed, for their lending business, banks hire dull people; train them to be even duller. But this is for show. If they look conservative , it’s because their loans only go bust on rare, very rare occasions, There is no way to gauge effectiveness of their lending activity by observing it over a day, week, month, year, decade, century.

In summer of 1982, large American banks lost close to all their past earnings  cumulatively – about everything that ever made in the history of American banking  everything. They had been lending to South and Central American countries that all defaulted at the same time- an event of an exceptional nature. Thus it took just one summer to figure out that this was a suckers business and all their earnings came from a very risky game. All that while bankers led everyone, especially themselves, into believing they were conservative.

They are not conservative, just phenomenally skilled at self deception, by burying the possibility of a large devastating loss under the rug.

In fact, the travesty repeated itself a decade later with the risk conscious large banks once again under financial strain, any of them near bankrupt after the real estate collapse of the early 1990’s in which the now defunct savings and loan industry required a tax payer  funded bail out of more than half a trillion dollars.

Federal Reserve Bank protected them at citizens expense when conservative bankers made profits, they get the benefits, when they make looses, we pay the costs.

A friend of mine, who graduated from an apex business school initially, went to work for Bankers Trust  now defunct. There, the Chairman’s office, rapidly forgetting about the story of 1982, broadcasted the result of every quarter with an announcement explaining how smart, profitable, conservative and good looking they are. It was obvious that their profits were simply cash borrowed from destiny with some random playback time. My friend had no problem with risk taking, he did not approve of them calling themselves as conservative while acting superior to other businesses who were not as vulnerable to highly improbable thinking.

Another recent is the almost  instant bankruptcy, in 1988, of a financial investment company  hedge fund, called Long term Capital Management ‘LTCM’ which used the methods and risk expertise of 2 Nobel economists, who were geniuses  but were infact were using phony, bell curve style mathematics, while managing to convince that there was a great science- thus turning the entire financial establishment into suckers. One of the largest trading losses, ever in history took place in almost the blink of an eye, with no warning signal.

Other themes arising from our blindness to highly improbable thinking: