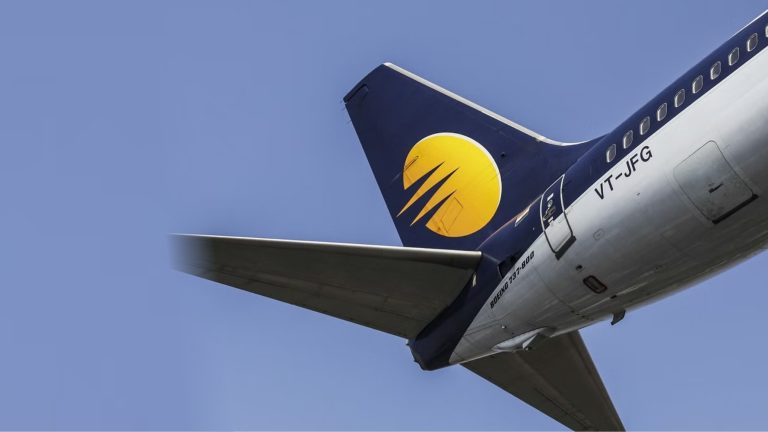 (PTI & Media Reports): Jet Airways, which is yet to resume operations under its new owner, will reduce salaries for various staff and send many employees on leave without pay, amid uncertainty over the resumption of its operations.

The measures, which will be effective from December 1, were revealed hours after the winning bidder Jalan-Kalrock Consortium (JKC) said it might take “difficult” near-term decisions to manage cashflows.

It has decided to send about 60 per cent of its employees, including senior management, on leave without pay (LWP) .The airline has also cut some employees’ salaries by up to 50 per cent.

According to him, “two-thirds of staff (are) not impacted at all” and no staff has been asked to go.

Jet Airways in a statement said, “While we await the handover of the company as per the NCLT process, the longer-than-expected time being taken for the same may result in some difficult but necessary near-term decisions to manage our cashflows to secure the future while the airline is still not in our possession.”

The new owner Jalan-Kalrock consortium has told the National Company Law Appellate Tribunal (NCLAT) of its inability to pay additional money to clear provident fund and gratuity dues of around Rs 250 crore to employees.

As per reports, the Jalan-Kalrock consortium had two payment deadlines that were missed. First, the consortium had to pay Rs 52 crore to workmen and employees of the erstwhile airline by the end of business on November 11.

“JKC has deposited ₹150 crore as required under the court approved resolution plan with the lenders, with the remaining amounts to be invested only after next steps of NCLT are fulfilled in terms of handover of the company to us,” the statement said.